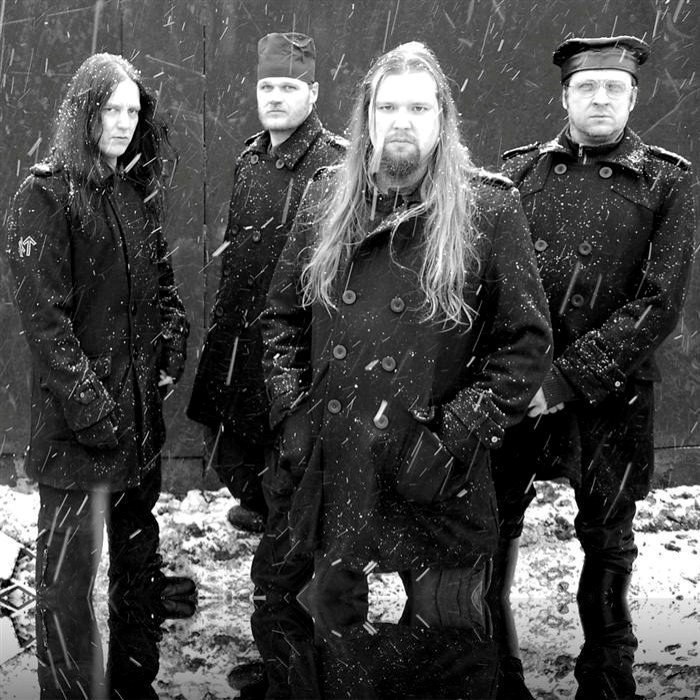 KYPCK (Volapuk rendition from rus. Курск) is a Finnish doom metal band formed in 2007. They call themselves “Fast Russian Doom Metal From Finland”. Vocalist Erkki Seppänen speaks fluent Russian and has worked in the embassy in Moscow. Their debut album "Черно" (Cherno) was released on March 12, 2008 (in Finland) as jewelbox and digipack versions. There are cyrillic Russian lyrics and English translations in the booklet of the album. They have finished recording their second album Ниже (Nizhe) in January 2010 and have released it on February 9, 2011.